One Piece recently dropped its thousandth episode. The anime is currently following the straw hats, as they go up against the combined might of two yonkos. Let us delve into what could be the potential storylines that may be explored after the Wano Arc finishes.

What Happened At The Reverie?

The Reverie provided us with some of the most interesting updates in recent times. The reveals and sheer twists in the whole Reverie arc were unexpected and exciting at the same time. Shanks meeting up with The Gorosei was perhaps the pick of the bunch.

How do the two of them know each other? Was Shanks a former Celestial Dragon or is there just mutual respect between the two of them? Did they cut out a deal regarding Blackbeard? Or is Shanks in leagues with the World Government?

Apart from that, there is the whole deal with Sabo and the Revolutionary Army. It is confirmed that Sabo has been captured by the World Government. On seeing his former friend, Kuma turned into a mere puppet for the Celestial Dragons, Sabo is enraged and takes decisive actions.

Not much is clear after that, small details point out that he got into a skirmish with one of the Admirals probably and it did not fare well for him, as he was captured.

The implications and results are going to be out of this world. Are we finally getting the start of the Big War?

No spam. No jibberjabber. Unsubscribe any time..

Elbaf is the kingdom of Giants in One Piece. It has been hinted at throughout the series as being one of the major islands. The race of Giants being feared by all. Big Mom, the ferocious Yonko hails from the same place.

Joy Boy was one of the explorers during the 100-year void. He is a figure of great mystery and has influenced many theories regarding One Piece and his connection with the Kozuki Clan. Joy Boy might have been a giant, as it is heavily hinted that he lived for over a hundred years. Only Giants have been told to have such a big lifespan in One Piece.

Elbaf is also under the protection of Shanks.

The only Yonko whose territory has not yet been gone to. This all makes Elbaf a pretty obvious next destination for our crew.

Sabo has been captured by the World Government. An Ace-like equation comes to mind, where Sabo too may be executed. This puts Monkey D Dragon in a tight spot, his number 2 being arrested. Dragon is going to be brought to action soon enough it seems.

What exactly makes Monkey D Dragon, the most feared and wanted man by the World Government?

What power or devil fruit does he have in his possession? Does he even have one? It is believed by fans that Dragon might have a devil fruit that allows him to control the weather, as what happened in Loguetown and also the markings on his face seem to indicate something about the weather. Dragon’s devil fruit is something that much hype has been built around. Everyone is very excited about knowing what possibly could be one of the greatest reveals.

It has been foretold by Oda, that

a certain red-haired man is going to make his move this year.

This is an obvious sign towards Shanks, the only Yonko without a devil fruit. Shanks is the only Yonko who has not been drawn into any action in front of the screen as of yet. He has been making plenty of moves behind the screen.

Stopping Kaido from entering the war, meeting up with the Gorosei, maintaining peace at various islands. Shanks is the most awaited character by every One Piece fan.

From being a Yonko, to already witnessing what the One Piece is. Shanks has seen it and done it all. The guy possesses the greatest Conqueror’s Haki, as of yet. He is also the only person acknowledged by the world’s greatest swordsman, Mihawk.

The mystery about his power and the great crew that he has assembled has always been intriguing to us all. This is one of the theories that is almost confirmed to happen anytime soon and is probably going to affect the story big time.

The Fate of the Warlords

No spam. No jibberjabber. Unsubscribe any time..

Last but not the least, the Shichibukais. With the World Government banning the title of Warlords, the world’s most feared pirates are now once again, back in the open. With people like Mihawk and Boa Hancock no longer under anyone’s authority, we are probably going to see a huge shift in power scales. This newfound power is going to upset the balance between the pirates and the government too.

Weevil is running rampant, while Boa Hancock has always seemed excited to join Luffy. That is most likely where she is going to end up. Mihawk seems raring to go, as he proclaims that it has been quite some time that he has been excited about something like this.

Post Wano is going to be full of stories with arcs slowly leading up to the final war. We are going to see many alliances forms and many partnerships break. Garp will be in turmoil, choosing his family or his justice. Shanks is going to make his moves too. We are in for a treat as the story slowly unravels and takes us towards the final journey of the straw hats. 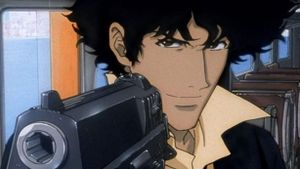 A cat person who lives in the recluse of hills. Your typical anime weeb. Occasionally dabble at poetry and gaming.

How To Watch Pokémon? A Complete Watch Order Guide

What Episode does Asta get his Demon Form?