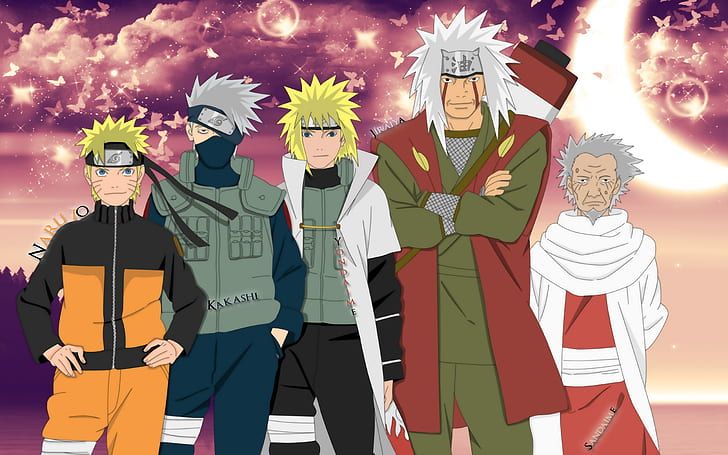 Naruto, the main protagonist of the series Naruto written by Masashi Kishimoto is really popular in the Shonen world. Not to compare, but if you love Goku from DBZ, it’s impossible that you as a fan of Shonen are unaware or dislike Naruto. Naruto brings a lot to the table and like most Shonen heroes and characters, Naruto is less cliched than other characters.  He brings his own charm to the show and most definitely is a character who is likable and hilarious. Naruto knows when to get serious in a fight and when to act notorious. His persistence and determination to achieve his goals make him amazing. Naruto grew up to be a good person and ultimately the Hokage of Konoha. Naruto, despite growing up without parents or any proper support grew up to be a decent person, at least better than Sasuke who was driven by revenge. So, what was the possible reason for Naruto to grow up as a good person? Who was Naruto’s Father figure? What role did they play in shaping Naruto as he is in the present?

Who knows Naruto is Minato's son?

What if Mikoto adopted Naruto? Why did Mikoto not adopt Naruto?

Mikoto and Kushina were pals so it’s very surprising that she didn’t adopt Naruto. If Mikoto had adopted Naruto, then Naruto would have grown up in a strict setting, may have been trained rigorously, and might have better command at jutsus. He would have been very similar to Sasuke. This would have been very different for Naruto and his personality might have not been the way it is in the present. Landing off at the Uchiha household was not a good prospect. The possible reason why Naruto was not allowed to be adopted in the Uchiha household was mostly due to the fact that the Uchihas were planning a coup for a very long time. Adding Naruto would give them an unfair advantage and the ability to monopolize and control the Jinchuriki. This could have been the biggest reason probably why Naruto was not adopted by anyone in the village. Not everyone could have possibly hated him and it’s most likely due to the fact he was always under constant microscopic observation.

Why did Naruto choose Iruka?

Iruka was a good teacher who never showed any favoritism or partiality towards his students. Naruto’s childhood was really lonely and messed up. It was sad that no one realized the true potential of Naruto any sooner. Iruka sensei was the person to understand and realize Naruto’s true potential. He knew that Naruto was clumsy, hardworking, earnest, and a mischievous soul. Iruka sensei was the person who truly accepted Naruto for who he really is.  He tried to protect Naruto when he stole the forbidden scroll and refused to let him get hurt. He was really concerned and worried about Naruto going the wrong way of life and what if he got hurt. Iruka was well aware of Naruto’s pain and his loneliness. Had Iruka sensei not intervened in Naruto’s life, who knew the Naruto we knew, would have not been that way. Iruka sensei was the first persona to verbally acknowledge Naruto and tell him that “He can do it”, which is why their bond is truly special.

Iruka’s parents were killed by the Kyuubi, so it was difficult for him to teach Naruto in the beginning, but he never particularly hated Naruto. Iruka and Naruto share many similarities like both of them like pranking people and were mischievous. He took care of Naruto and even gave his headband to him as a token of appreciation and acknowledgment. Naruto was also very furious when Iruka sensei got hurt. He mastered the shadow clone Jutsu and rescued Iruka sensei from danger.

Did Iruka save Naruto?

It’s not farfetched but both of them saved each other.  Iruka saved Naruto in a way that he gave Naruto the warmth that he lacked his entire life. He acknowledged Naruto and they share a special bond of sensei and student. Naruto really respects and cares about Iruka. Iruka’s presence has a positive effect on Naruto’s life.

It wasn’t Kakashi’s personality or his responsibility to raise Naruto. Kakashi, knowing his position as an ANBU member and later Jounin didn’t want to endanger Naruto. It’s likely possible that he wasn’t allowed to raise Naruto. However, as a teacher and his mentor, Kakashi did teach Naruto and he knew what Naruto was capable of.

What if Naruto never met Iruka?

Iruka was the first person who was truly special to Naruto. It was the first bond he had in Konoha. Without Iruka’s presence, Naruto might have strayed from the right path or had a very bitter opinion towards the village. It’s likely possible he would have wanted revenge like Sasuke or Joined Akatsuki for power or hurting people who hurt him in the past.

What if Naruto was raised by the Akatsuki?

If Naruto would have been raised by the Akatsuki, this would have been a very disastrous situation for everyone involved, especially the Konoha. There are many scenarios that could have played out. The first would be Naruto either killed or his tailed beast extracted from him, and he could have become the puppet of Akatsuki in a literal and metaphorical sense. Had they spared his life, he would have become evil and exacted revenge on Konoha and the entire world for looking down on him.

What if Naruto never met Jiraiya?

Jiraiya sensei had a positive impact on Naruto. Don’t let sensei’s perviness fool you. The legendary Sanin trained Naruto to perfect the Sage mode and Rasengan. Jiraiya was his mentor and he treated sensei as his grandfather.

Who is Naruto's father figure?

That’s a very debatable topic but there are many who come close to that. Iruka sensei is definitely close to a father figure. As for grandfather Both Jiraiya sensei and The Third Hokage Sarutobi would be close in that relationship. But no one can probably become Naruto’s father as the place is fixed for Minato only. Because of the positive influence of so many people, Naruto became the hero who saved the Konoha village. His journey was not easy, but he made it to fulfill his dream. 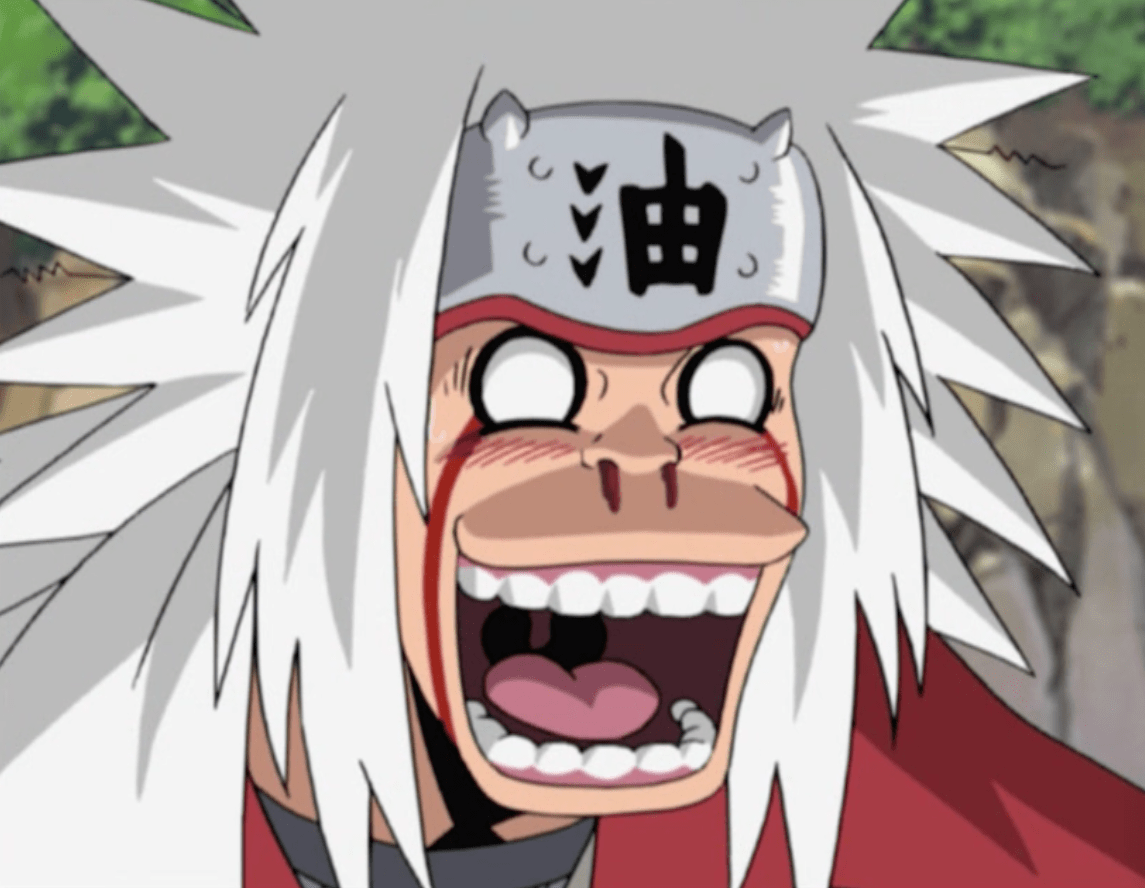 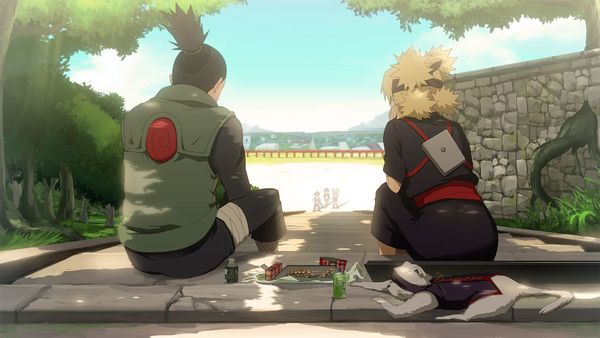 Naruto: Shikamaru and Temari, Best Moments Of The Silent Love Between Them