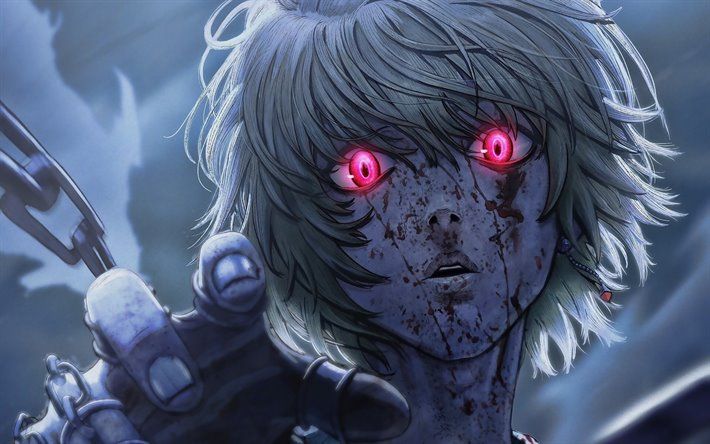 Kurapika is the last surviving member of the Kurta clan. This clan was known for their eyes which turns red when triggered through immense emotions such as anger or sadness. A group known as the Phantom Troupe massacres the entire clan. Following the genocide, the Phantom Troupe stole the eyes of the Kurta clan. The eyes would remain red as the owners of the eyes were red while dying. It would fetch quite a handsome amount on the black market.
Kurapika wants to become a blacklist hunter to recover the eyes of his clan. He participates in the hunter exam where he meets Gon, Killua and Leorio. He is one of the most intelligent characters in Hunter X Hunter with significant problem-solving skills. Let’s take a look at the top five defining moments of Kurapika from the Hunter X Hunter series.

In the third phase of the exam, where Kurapika along with his friends comes across the prisoner Majitani.Kurapika decides to fight him and after a few blows, Majitani shows off his spider tattoo and impersonates himself as a member of Phantom Troupe. This angers him and his eyes turn red. He delivers blows after blows on Majitani which makes him lose consciousness. This is one of the first instances where we notice the scarlet eyes.
Also Check Out Naruto Vs Pain | An Intense Jaw-Dropping Fight

In the final round of the hunter exam, the examinee needs to win a one on fight with another examinee. The loser would move to another round where he or she gets another chance to win and pass this round. Kurapika wanted to win this round on behalf of his clan. A few moments into the match, viewers could already guess the winner of the match. The sheer difference between their abilities shows right from the start. All of his attacks are easily dodged by Hisoka. At a certain point, it feels as if Hisoka was toying with him.

Kurapika’s one of the swords break but he still doesn’t give up. After a few moments, Hisoka goes to Kurapika and whispers something to him. This makes his eyes red and Hisoka walks away from the match. Kurapika is made the winner. It is revealed later that Hisoka gives information about the Phantom Troupe to him.
Also Check Out Mikasa Ackerman Facts You didnt Know | Attack on Titan

The fight between Kurapika and Uvogin is one of the best fights in the series. It is beautifully thought and executed. Already introduced to the concept of nen, this was one of the most intense battles. Uvogin was the strongest member of phantom Troupe in terms of physical power. He asks Uvogin about the other members and the hideout of the Phantom troupe. Uvogin ignores his question and the fight begins with both of them fighting to their very best level. Ultimately, he wins the fight and kills Uvogin.
Also Check out Top 5 Adorable Moments Between Naruto And Hinata

One of the instances where we get to see and understand the quick wit and analytical skill of Kurapika. Amidst the chaos, he is able to take Chrollo, the head of the Phantom troupe as a hostage. Although he frees Chrollo for the sake of Gon and Killua, he uses a judgement chain on Chrollo. Chrollo can no longer use nen and also cannot contact any of the fellow members of the Phantom Troupe.

One of the most ferocious moments in Hunter X Hunter would be Kurapika collected all the eyes of his clan. His main aim for being a hunter was to complete this task. No doubt, one of the most defining moment for his character.
Also Check out The 5 Death Note Rules Light Yagami Has To Follow