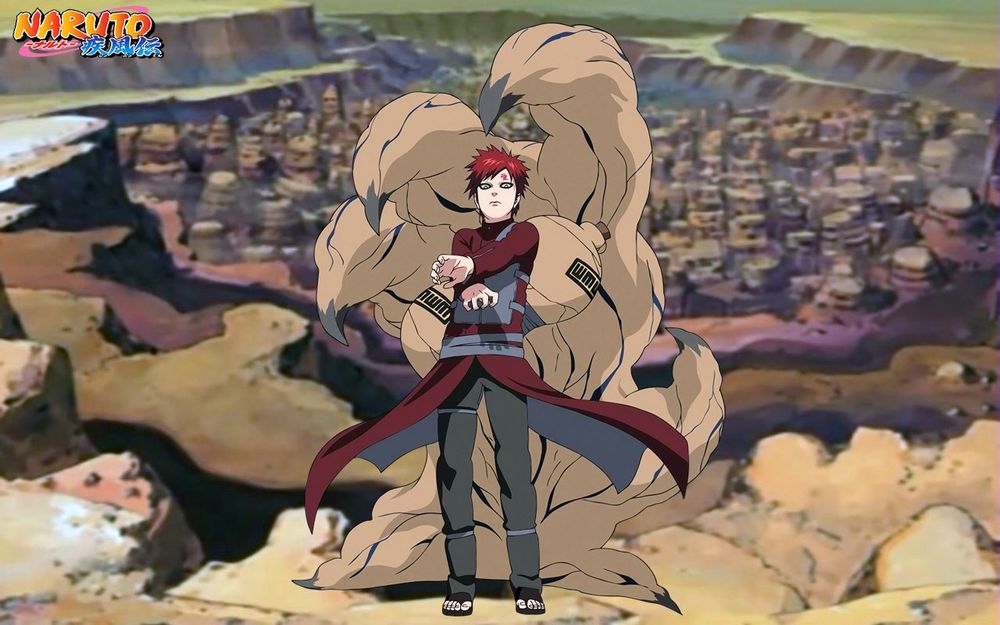 Gaara is a shinobi of Sunagakure- Village Hidden by Sand. He became the jinchūriki of the One-Tailed Shukaku before he was born. As a result, the villagers feared him as a monster. He couldn’t speak with anyone. Because of that, Gaara grew up despising the outside world. After meeting Uzumaki Naruto, his life took on new meaning. Naruto was very different from Gaara. His friends were the most important people to him. A person in need of love and hope literally met his ideal mate. Gaara’s life changed after Naruto defeated him. Afterward, Gaara became the fifth Kazekage of Sunagakure after his father died. There were moments when Gaara was just amazing. Like a True Hero.

Moreover, there were certain things about him that we weren’t well aware of. So here are 4 such combined moments.

Gaara etched the symbol on his forehead after Yashamaru’s attack to emphasize self-love. But, it has multiple interpretations. Shukaku’s previous jinchriki had predicted that someone would reveal the significance of the tattoos on his hands. “accept” and “heart”  were two of them. Gaara’s tattoo, “love,” combines these two kanji. The love sign would also serve as a reminder of who he was and who he was really going to be.

Gaara hoped as a child that the Suna villagers would accept him amid their fears of him as a jinchriki. He was always kind to the villagers and assisted them. But, he would inadvertently harm them due to his lack of influence over Shukaku. Gaara had accepted self-love as his destiny when he met Naruto.

They die as a tail beast is pulled from their Jinchuuriki. There is no other way around it that Naruto has ever presented. Gaara is still alive today since he was revived by Chiyo, who also happened to be the one who placed Shukaku in him under Rasa’s instructions. This had caused some consternation among Naruto fans because Gaara retains the powers he had when Shukaku was one with him.

Although it is never mentioned in the timeline, we can assume that Gaara still has his sand powers since he learned how to harness and own them during the period Shukaku was fused with him.

Naruto’s Father Figure: What if the Akatsuki raised Naruto?

Since it is located in a desert and has fewer services, the Hidden Sand Village is not as accommodating as the Leaf Village. Several of the most recent rulers were inhuman, and this is also the birthplace of the fearsome Sasori of the Red Sand. The Sand Village helped Orochimaru’s attempt to kill the Leaf Village.

But, Gaara abandoned the initiative after a point. He became a caring and generous Kazekage. After so much war and suffering, he was that sign of rain in that barren land.

The Compassion He had

Gaara wins his people’s love by expressing his idealism, humanity, and commitment to strengthening self. He is a man of few words. His way of assertiveness, reflectivity, and composed voice in the midst of diplomacy and war, made him the best.

This guy was now ready to put his life on the line for his friends and allies. Gaara’s moving speech before the Allied Shinobi Forces elicits a resounding response, bridging the conflict between the Five Great Shinobi Countries. He truly reflected out the best in himself.