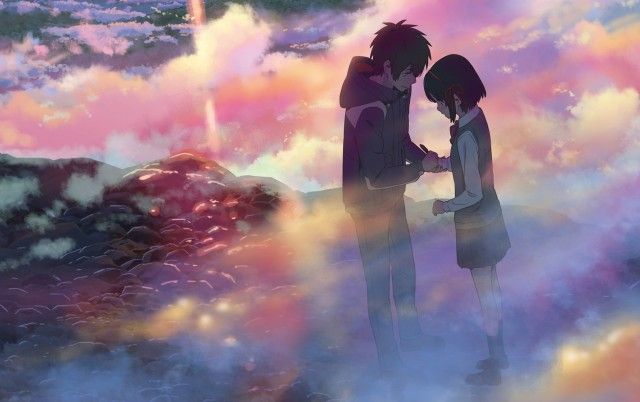 Kimi no Na Wa ( Your Name ) is also known as “Your Name” was bestowed upon the world masses by Makoto Shinkai sensei in 2016. Mitsuha Miyamizu, a high school girl is yearns to live life of a boy who lives in the city of Tokyo- a dream that she’s been dreaming about since she was a kid as she lived at the countryside. Meanwhile, Taki Tachibana a city boy is living a very busy life as a high school student and juggling his way through school and part time job as he hopes a future in architecture.

One day, Mitsuha awakens in a room where she sees this is not her life, she finds herself in Tokyo in Taki’s body living his life whereas, taki is elsewhere living mitsuha’s life. As finding answers to this supernatural phenomenon, they start looking for each other.

Everyday in our long, hectic lives we often search for more. Maybe it’s a feeling, a person, a place. And when we get that  missing something, we tend to keep it and cherish forever. Just like mitsuha in Kimi No Na Wa ( Your Name ) , she was an extraordinary girl for an ordinary countryside to live in. she always dreamt to live in a city filled with lights and people like Tokyo. She used talk about her dreams with her little sister, yotsuha. They both used to discuss how they would live if once they went to Tokyo.

Taki tachibana, a high school student always wanted to feel a day without worrying about his hectic life. He needed a day free from all that chos in his life. So both of them lives take an unexpected turns when they inexplicably begins to switch places in their dreams.

Mitsuah woke up in taki’s body and taki on the other hand woke up in mitsuha’s body. Both of them just at first believed that they were just vivid dreams because of the stress and work in their life, but eventually they could communicate by leaving notes in notebooks, phone’s notepad or even each others hand.

Also, Read That 1 Heartfelt Story About “Your Lie in April” | An Anime of Love and Life

They both starting doing unexpected things for each other, things they would’ve never did for themselves. Like mitsuha(in taki’s class) sets up taki’s date with his co-worker, miki okudera, while taki(in mitsuha’s body) makes mitsuha popular in school.

What Is Kuchikamizake? How Is It Connected To Mitsuha And Taki?

One day, taki accompanies mitsuah’s grandmother Hitoha and her sister Yotsuha to an alcohol ritual called kuchikamizake, a festival in which the offering is made by two sisters for the Shinto Shrine located on the top of the mountain.

Taki reads a note by mitsuha where she tells him about the comet. Taki wakes up in his body and goes on a date with his co-worker. Even being on a date his mind was pre-occupied by mitsuha’s thoughts. He even tried calling her but couldn’t reach to her and suddenly he finds out there are no more dreams and body swaps.

Taki, miki and their friend tsukasa goes to gifu to find mitsuha. At first, taki faces many obstacles reaching to her as he only had a sketch of the village where she lived. Now, taki sees that  mitsuha’s messgaes are suddenly disappearing from his phone and her memory was gradually fading. Taki visits the shrine where the alcohol festival was celebrated.

Also, Read Is This Miyazaki’s Last Gift to us?

He drinks the kuchikamizake  mitsuha made and suddenly he gets visions of mitsuha’s past where he sees he already met her three years ago on a train. Mitsuha while going even gave him her hair band which he wore on his hand as good luck charm.

What Was The Body Swap Superpower In Mitsuha’s Family?

Taki once again wakes up in mitsuha’s body. Hitoha, mitsuha’s grandmother tells about the body swaps in his family generations. Taki tries to convince, Tessie and sayaka, mitsuha’s friend to take the village people some place safe and far from there as the comet was about to strike. As the night falls they are once again swapped back in their bodies and meet each other for the last time.

Also, Read 5 Things that Make Julius Novachrono Worthy of being the Wizard King

As the evacuation plans fail mitsuha herself goes and tries to convince the mayor to evacuate everyone. But before this could happen, she feels tali’s memories fading away and she sees he wrote ‘I Love You’ instead of ‘Your Name’. next day, taki wakes up in tokyo remembering nothing. Five years later, he graduates and finds a job still he felt something was missing in his life. After the comet, the town of itomori had been destroyed, mitsuha finally moved to Tokyo and spots taki at a trsin where they meet again. kimi no na wa was the most suitable title for the anime.

Tying of thread is called musubi. 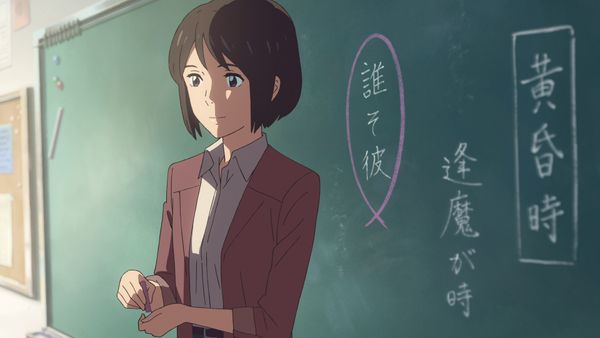 Kimi No Na Wa: How Was Yukari Yukino Different From Other People? 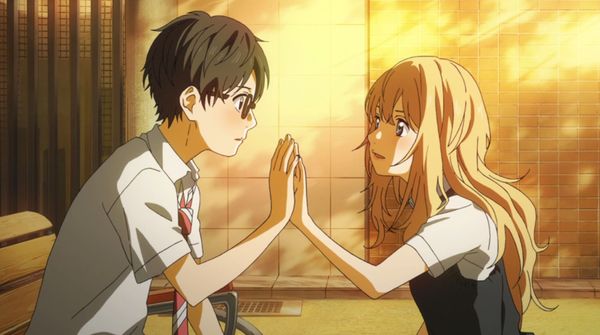 Your Lie in April Review: We all Need a Kaori in our Life 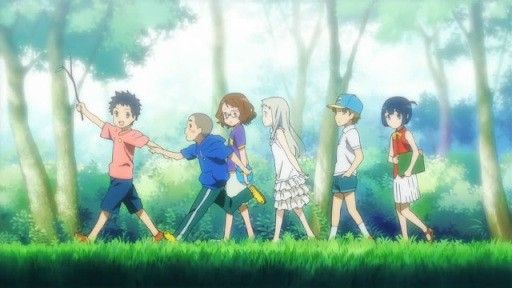