Tokyo Revengers gained a lot of popularity as soon as the release of the anime series. Even the manga sales increased rapidly after that.

The anime series completed its first season on the 19th of September and it was renewed for a second season soon after.

The manga was released in March 2017 and sold more than 17 million copies only in that year.

Also, as it was revealed in September this year, over 40 million copies of Tokyo Revengers manga are now in circulation.

Before June 2021, the manga series became the third best-selling manga, leaving top manga like Demon Slayer and Jujutsu Kaisen behind.

Tokyo Revengers manga is nearing its finale and fans are all the more eager to find out how the last future turns out.

The story revolves around Takemichi Hanagaki, a 26-year-old part-time worker in a neighborhood supermarket.

Following his ex-girlfriend, Hinata Tachibana's death, he found out about his powers that let him travel back to the past.

After an accident, somehow, he had traveled back to 12 years in the past when he was still dating Hinata Tachibana.

It was also the time when Toman, short for the Tokyo Manji Gang, that was responsible for Hinata's death, was at its peak.

Takemichi swore that he will save Toman from getting ruined by Tetta Kisaki and also save Hinata from dying in the future.

The series continues from that point on as it shows Takemichi's relentless struggles to change the future.

As he meets with failure after failure, Takemichi finds out about the elaborate plot of Kisaki to gain control over Toman.

Through schemes and strategies, he continues to bring trouble and misfortune to Toman, not just in the past, but also in the future as well.

To achieve his goal, Kisaki used many pawns in his plans. Unfortunately, one of his pawns was Kazutora Hanemiya.

Kazutora is one of the founding members of Toman and joined Valhalla after he was out of the juvenile detention center for killing Mikey's brother.

During the time he served in detention, his hatred for Mikey grew stronger each day. Soon after his release, Kazutora spared no efforts to make Mikey despair.

He joined the Valhalla gang, which was then apparently controlled by Shuji Hanma.

However, Hanma was merely the acting leader of the gang and the real ringleader was none other than Tetta Kisaki.

The feud between Toman and Valhalla took place on 31st October, which was later known as "Bloody Halloween". The fight ended with Baji's death, but Toman was ultimately the winner.

Seeing Baji's resolve and how he killed himself so Kazutora won't be blamed for this, the latter started doubting his actions. Sadly, by the time he realized his mistake, it was too late.

Kazutora was sentenced to serve ten more years in the detention center, but this time, he changed for the better.

At some point, Mikey forgave him despite losing his brother and a close friend because of him.

Kazutora also reflected on how he feels towards Mikey and whether or not he truly ever hated the latter.

When did Kazutora Start Hating Mikey?

It all started when Kazutora and Baji made the worst decision of their lives. As children, all the six founding members were close friends. However, the rest five all looked up to Mikey.

After learning that Mikey's bike was old and rusty, Kazutora came up with the idea of gifting him one on his birthday.

Unfortunately, his plan included stealing the bike, as he didn't have enough money to buy one.

Kazutora included Baji in his plan, despite the dozens of warnings by the latter. As the duo attempted to steal an expensive bike, they got caught.

Baji realized that the shop they were trying to steal from actually belonged to Mikey's older brother, Shinichiro.

Kazutora, who had no idea about Mikey's brother, struck Shinichiro from the back with a chain cutter, resulting in the instant death of the latter.

Shocked by the revelation, Kazutora started hating Mikey for not telling him about his older brother.

He also hated the fact that Mikey was using a run-down bike even though his brother had such a high-end showroom.

Did Kazutora Ever Truly Hate Mikey?

As someone who grew up in an abusive household, Kazutora had a hard time trusting people, which applied to Mikey and the others as well.

However, after Mikey saved him from his father and the bullies, Kazutora warmed up to him and the other founding members.

Kazutora, who never had people that cared about him, found his true home in his friends and Toman.

He wanted to do something special for Mikey, as the latter did for him. He thought that gifting the bike would make Mikey happy, even if it meant stealing it.

On that fateful night, when he realized who he had killed, guilt consumed him until he felt suffocated.

As a defense mechanism, he made himself believe that it was Mikey's fault that he and Baji ended up this way.

He started coming up with excuses that would make Mikey the one at fault, not him.

As a victim of physical and emotional abuse, Kazutora already had fragile mental strength, which ultimately broke down that night.

This way, Kazutora forced himself to hate Mikey, so he wouldn't end up hating himself.

This was also the reason why he tried to kill Mikey since he was too caught up in his delusions to tell right from wrong. 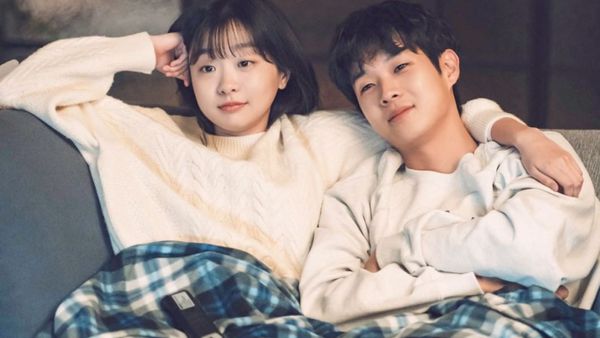