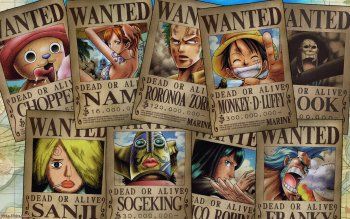 Eiichiro Oda has kept One Piece going strong for 22 years.  With its long-running, the fans on Reddit got creative with their own “One Piece Reddit Fan Theories”.

So what are these fan theories you ask! Well, we will get into it. But, before that, spoiler alert because many theories follow what may happen after Wano Country Arc.

Isn’t that something we all are dying to know! Oda never revealed any story about, who Zoro’s parents are. Considering the shock we received from Sanji’s story, there may be a fair chance that this fan theory may just be true.

Wano is the Arc where Zoro gets the most limelight. Backing the theory up is the fact that Oda said a vessel left Wano 50 years ago which arrived in East Blue. Zoro is from East Blue.

Roronoa Zoro as fans speculate may just be a member of one of the Daimyo families of Wano, the Shimotsuki Clan. We hope this theory turns up true.

Law, as it so happens, should have died in the Dressrosa Arc. But we know that didn’t happen. However, Oda revealed the secret of immortality that Ope Ope no Mi (Law’s Devil Fruit Power).

Fans believe it may be the Wano Country Arc that Law dies. Although he is a favorite to most fans, we still had our favorites die before. Moreover, having a fan favorite and a good character adds a nice twist.

On top of that, add a sparkle of immortality surgery. This is enough to make us fans a sobbing mess, which Oda would definitely like.

3. Yamato Will Join The Straw Hat?

We know Yamato admired Kozuki Oden for his courage, strength, and personality. She even declares it to Kaido loud and clear.  And, trained hard to hold the Kozuki flag. So, it won’t be surprising, if she does join the Straw Hat Crew.

With Momonosuke Oden being the rightful successor, Yamato will not become the Shogun of Wano. But, she will become the protector of Wano.

However, with Oden joining the Whitebeard and the Pirate King, Roger, the past may repeat itself. Yamato may join the Straw Hat and the future Pirate King, Luffy.

4. Luffy, the Emperor of The Sea

After causing trouble in Whole Cake Island and with Big Mom, Luffy was announced as the fifth emperor of the sea. The journalist Morgan believed the dangerous capability that the Straw Hat Pirate Crew hold especially after the wedding ceremony. But, Luffy did not defeat Big Mom then.

Now in the Wano Country Arc, with Big Mom and Kaido in the same place, Luffy has to fight them both and their fleet. After the end of the arc when Luffy comes out victorious, fans believe he will become a Real Emperor of the Sea.

5. Marco will Join The Straw Hat?

We all know how powerful Marco is. He was the first commander of the Whitebeard Pirate, after all. After Whitebeard died, the fleet went running errands separately.

Marco, on the other hand, decided to get his revenge on Blackbeard. But, he ended up defeated and on a small island off the radar.

Monkey D. Dragon is yet a mystery in many senses. Yes, we know he is the father of Luffy but what else do we know about their relationship. However, with so many recent interactions between Revolutionary Army and Straw Hat, Fans believe it won’t be long that the father-son duo meets each other.

With the destruction of Dragon’s empty base and the secret mission in the Reverie arc, it seems Revolutionary Army is making a move. This move might just lead him to Luffy.

Chapter 906 was quite a shock for the One Piece fan which shows a giant straw hat in a frozen chamber at Mary Geoise. This led to fan theories that straw hat is somehow connected to the Ancient Weapon Uranus.

Doflamingo mentions a national treasure hidden under Mary Geoise that could shake the world. Well, it certainly shook us. No discussion about the ‘giant frozen straw hat’ has yet been made into the story.

Could it be the national treasure, a part of Uranus that Doflamingo was talking about? All the fan theories do point it towards that direction. Moreover, the straw hat originally belonged to Pirate King, Roger, and now to Luffy. Fans believe the straw hat perhaps contains some message to locate Uranus. Now, won’t that be fun!

Also, check out What is Haki in One Piece World?

8. Raftel and The Ancient Kingdom are The Same

This fan theory actually has some facts supporting it, so maybe it will turn out true in the end.

If you remember Ohara, where Robin comes from, you would remember that the World Government destroyed them because they knew how to read the old scripture. By extension, fans believe that the scholars of Ohara figured out the real name of the Ancient Kingdom.

When Straw Hats meet Rayleigh, he explains that the Roger Pirate crew reached Raftel and also discovered the secret of the void century. And, so the secret behind the Ancient Kingdom and its name.

Moreover, at his final moments, Whitebeard reveals that the world will turn upside-down after the discovery of One Piece. All three facts strongly indicate that the island Raftel is the Ancient Kingdom.