It’s a pity how the beauty of a truly amazing anime gets hidden from our eyes. Black Butler is a type of series that comes off as a great dark fantasy series. However, the true strength of the series lies in the deep and meaningful storyline that keeps us hooked on it.

It’s worth watching it in the dubbed version for the British accents which fits the British theme of the series. Here are all the best quotes from the series.

After the death of his parents, Ciel became the head of the noble Phantomhive household at a young age. Shortly after his parents' death, Ciel formed a contract with the demon Sebastian Michaelis, who disguises himself as his butler, to seek revenge on those who tortured him and murdered his parents. Sebastian will be allowed to consume Ciel's soul in exchange for his services.

1. “Death is like being born, but backwards. It only hurts for a little while, then a new life begins. A life with no sorrow, no pain, a glorious new beginning. A beginning that will last an eternity.”

2. “I prefer to have my nightmares with open eyes.”

3. “Words are cheap. There’s no guarantee she won’t tell anyone. Humans lie without a second thought. Including me, of course.”

6. “I am not so noble that I would stake my life for someone else. Nor am I so forgiving that I would sit by and allow someone to trample me. I am selfish… and self-righteous human being! That’s why! I… to clear my own shame… I used your power. Not for anyone else! But for myself!”

7. “We mock their desperate wishes, and trample them like insects! Cowardly, base – we’re more demonic than demons are! I’m just like them. I’m full of the same ugliness they were. This is how humans are. It’s how we are, Sebastian!”

8. “Moping around with sadness and sorrow… what will come of it? Even dead people can do that. However, I’ll live and stand on my own two legs. If we are going to die one day, wouldn’t it be better to have no regrets?”

9. “Is there truly any human who is not arrogant?”

10. “Only two kinds of people exist in this world, those who steal and those who are stolen from.”

11. “You should keep your distance from me if you want to live. My place is in the shadows, yours in the light. We walk opposite paths, Aberline. It’s best that you remember that.”

12. “We have no need for the past. All we need are the present and the future.”

13. “To hate something that you used to love is such a painful feeling.”

14. “However far I fall as long as there’s so much as a thread left I will use it to climb. I’ll take hold of it. I refuse to give up while I’m still human I can do that much. But every person must decide on his own whether to grab it.”

15. “There’s nothing more deceiving than an obvious truth.”

16. “Unfortunately, in reality, there is no situation where one can win merely by following the rules. There will be knights that break the rules and even chess pieces that betray him.”

17. “After all, justice in this world is just a bunch of principles, made by those with power to suit themselves.”

18. “I have long forgotten how to laugh as if I were having fun.”

19. “Pain tends to heal as time passes, but personally, I don’t want time to heal my wounds. You may think you’ve escaped the pain and forgotten it, but that’s nothing more than stagnation. You can’t move forward without the pain.”

20. “Those bound by superficial rules who do not use their pawns to the utmost are fools.”

21. “Don’t cry; it’s pathetic. Crying won’t change anything. The world is never kind to anyone.”

22. “I’m afraid when something is truly lost, one can never get it back again.”

25. “He is nothing more than one of my pawns. However, he is not a normal pawn. He is a pawn that can get across the whole board in one move.”

26. “I’m arrogant, but not so much that I’d irresponsibly save someone just to brag about it.”

27. “So what? You’re another person, so of course, you look different. What do you need to be ashamed of? Besides, I’m free to be with whomever I want. No one has the right to say anything about it.”

29. “Listen when people are talking to you!”

30. “If you are crying, fight against it! If you’re regretting it, walk forward! Only complaining about your misfortune, you’re nothing but a common pig!”

Sebastian is the demon butler of the Phantomhive household. He made a deal with Ciel to help him get revenge for the murder of his parents. Sebastian is devoted to Ciel and faithfully carries out the latter’s every order. Being the head butler, he also makes sure that the household runs smoothly and keeps check on the other staff members as well.

1. “Yes, my lord. I devote my entire being to you. Until the day… that lies become truth.”

2. “You give up your future, lose your dream, are stained with despair… yet at the same time, you shake off your past, fight reality, and never lose your nobility.”

3. “Humans are easily tempted. When they are poised on the edge of hellish despair, and a spider-thin thread of salvation presents itself, they will invariably grasp it. No matter the human.”

4. “Humans cannot reject temptation. When they are plunged into the depths of despair, likened to hell, they will hold on to anything that may help them escape from the situation they are in, even if it’s merely a spider’s thread, no matter what sort of humans they are.”

5. “The hungrier one is, the more satisfying one’s dinner.”

6. “Always skillfully manipulate your pieces, that’s how you survive. Use me and madam red, any piece within your reach. Even if the bodies of your pawns pile up in front of your throw. Because if the king falls – this game is over.”

7. “He turns his back towards the light without hesitation. That figure charges into the abyss at a dignified pace. How beautiful and foolish.”

8. “Unlike demons, you’re based, you harbor complicated malice, you lie… You struggle desperately, knocking down others in your way… You steal and are stolen from, you make endless excuses… And still, you strive to get over the hill and far away. I suppose that’s why humans are so interesting.”

9. “He made three requests. That I protect him and never betray him until he obtains his revenge. That I obey his orders unconditionally. And that I would never lie… to him.”

10. “It has nothing to do with England or India. No matter where or when it’s the same. Humanity, that is.”

11. “I’m a butler. I can’t let my master see the form that speaks badly of my reputation.”

12. “Wanting to be loved, for that sole obstinate reason, people can even go this far.”

13. “Hatred and sorrow are power; they are yours to control. All you have to do is turn them into strength, and use that strength to move forward.”

15. “Cats are great. They don’t talk about useless things. Or do them. Nothing is cuter. They are something that doesn’t exist in my world. They have pets over there as well…but…it doesn’t quite compare.”

16. “Once one has rejected faith, it will become impossible for him to enter the gates of Heaven.”

17. “Under one of your orders, I am to be your pawn and your sword. So please, young master, move me into check.”

18. “Forsake the future, sacrifice your dreams, while stained with deep despair, elude the past, fight the reality, and never relinquish your nobility. Just like that, Young Master. That is the soul I wish to consume.”

19. “Those round and innocent eyes that know no filth or foulness, those tails that lovingly swish as if they belong to the nobility, those paws in the soft shade of warm light pink!”

20. “Honestly, how meaningless.. For something called love, which has neither meaning nor form. Laughable, isn’t it?”

21. “Yes…I am a demon. There’s no way I could understand my prey, a human’s sense of taste. What I understand is…only the taste of a human’s soul.”

1. “How sad it would be if laughter should disappear.” - Undertaker

2. “Wasted effort is one of the privileges of the youth.” - Undertaker

4. “Once drowned in the depths of darkness, you lose sight of light. When that light has dispersed there is no return. My light has died out long ago and so there’s nothing back for me to go back, or look forward to I shall continue to indulge myself in this darkness until it completely consumes me, then I will be nothing but an empty course left on this cold & cruel world to rot.” – Alois Trancy

5. “Love is a magnificent thing but, incidentally, it can also give birth to dreadful tragedy.” – Vincent Phantomhive

7. “I was born alone in this world and alone I will die. If this is my fate, why are tears coming out of my eyes?” – Alan Humphries

8. “Can a world this interesting actually be reality?” – Lau

9. “That means you will steadily sink into the mud. Even if you step toward a place from which you can’t return, you choose not to reveal your screaming for help to other people, eh?” – Lau

11. “You want to take revenge for my murdered sister? Sister would definitely not… we would not have wanted you to be like this.” Madame Red 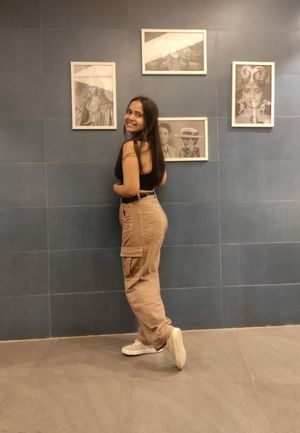 Which New Jeans Member's Zodiac Sign Is Similar To Yours?

Haku and Zabuza: A Tale Of Toxic Love

Who is Rukia Kuchiki’s Love Interest in Bleach?