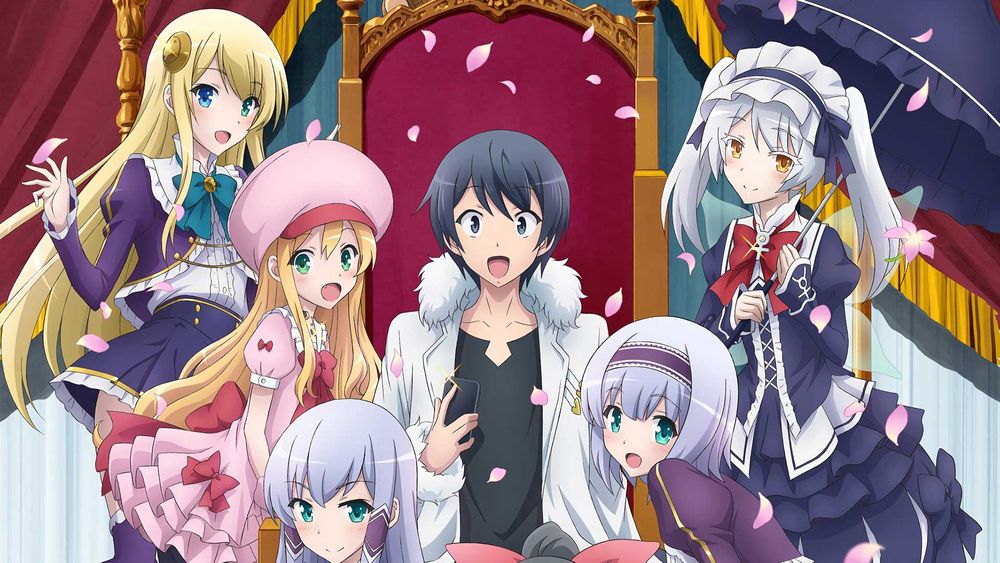 In Another World with My Smartphone Characters are quite chilled. The plot is based on how God kills Touya Mochizuki by mistake. As an apology, God allows him to be resurrected, but he cannot return him to his previous life. As a result, he reincarnates him into a dream realm with a single special order. Touya makes use of his request to bring his smartphone into the new world with him.

So, here is a quick analysis of some of the Another World with My Smartphone Characters

Touya Mochizuki is a young man who is reincarnated into another world after god killed him unintentionally. He is one of the main In Another World with My Smartphone characters. However, his only connection with the earth was through his smartphone. Well, this makes the title seem pretty much correct now. Well, god created his body from the Divine Realm’s substance. Hence it gave him superior physical and magical strength.

Touya has a gentle nature. He forgave God for his wrong without much ado. Touya is considerate and chivalrous. He is always readily available in lending a helping hand to those in need. He helps people without asking much in return. Moreover, he has no prejudices or phobias against other animals. This is largely due to his contemporary Earthly values and viewpoint.

Touya loved fantasy novels in which non-humans were often depicted as heroes. He had a grudgeless friendship with God. We saw this when the latter congratulated him for Yumina. However, Touya Mochizuki has some sadistic tendencies. He can lose his temper and become very brutal towards anyone who threatens or insults his family.

Sakura is also one of Touya Mochizuki’s wives. Touya rescued her from an assassination attempt. However, she lost her memory due to that. Hence, Touya gave her the temporary name Sakura. Eventually, she revealed that her name is Farnese Forneus.

Sakura is the quietest of Touya’s wives. She has the least level of emotional expression. Well, Sakura didn’t speak much and didn’t seem interested in regaining her memory because she had amnesia. Given this, she has a big will and can be quite clingy. Sakura’s greatest gift, though, is her musical ability. She is a fantastic singer who can recall song lyrics despite just reading them once.

Leen is a 600-year-old fairy. She is also one of the important  In Another World with My Smartphone Characters. However, her major flaw is her proclivity to act out of malice. Touya once said that doing so gives her sadistic pleasure.

But, Leen has a deep enthusiasm for information. She is also very perverted, as shown by her groping Tsubaki’s breasts while invisible and accusing Touya of it. However, after marrying Touya and growing to prominence in the Bride Meeting, these features vanish.

Sue is Touya’s youngest wife. She is also one of the main In Another World with My Smartphone Characters. Amongst everyone, she is the most childish and energetic in the group. Sue can be spoiled and stubborn at times. However, she is still the purest wife. Furthermore, Sue is oblivious of the negative consequences.

Linze Silhoueska is another wife of Touya Mochizuki and In Another World with My Smartphone Characters. She is also one of the Silhoueska twins. Touya rescued the twins from a scam. Linze is the younger of the twins Silhoueska. She currently resides at Brunhild Dukedom with Touya and everyone else.

However, Linze is much more reserved and prudish than her twin sister. Even though she is just an hour younger than her twin, she still appears years younger when it comes to shyness. During times of need, Linze is not afraid of speaking her heart out. Touya refers to her as the scariest of his wives.